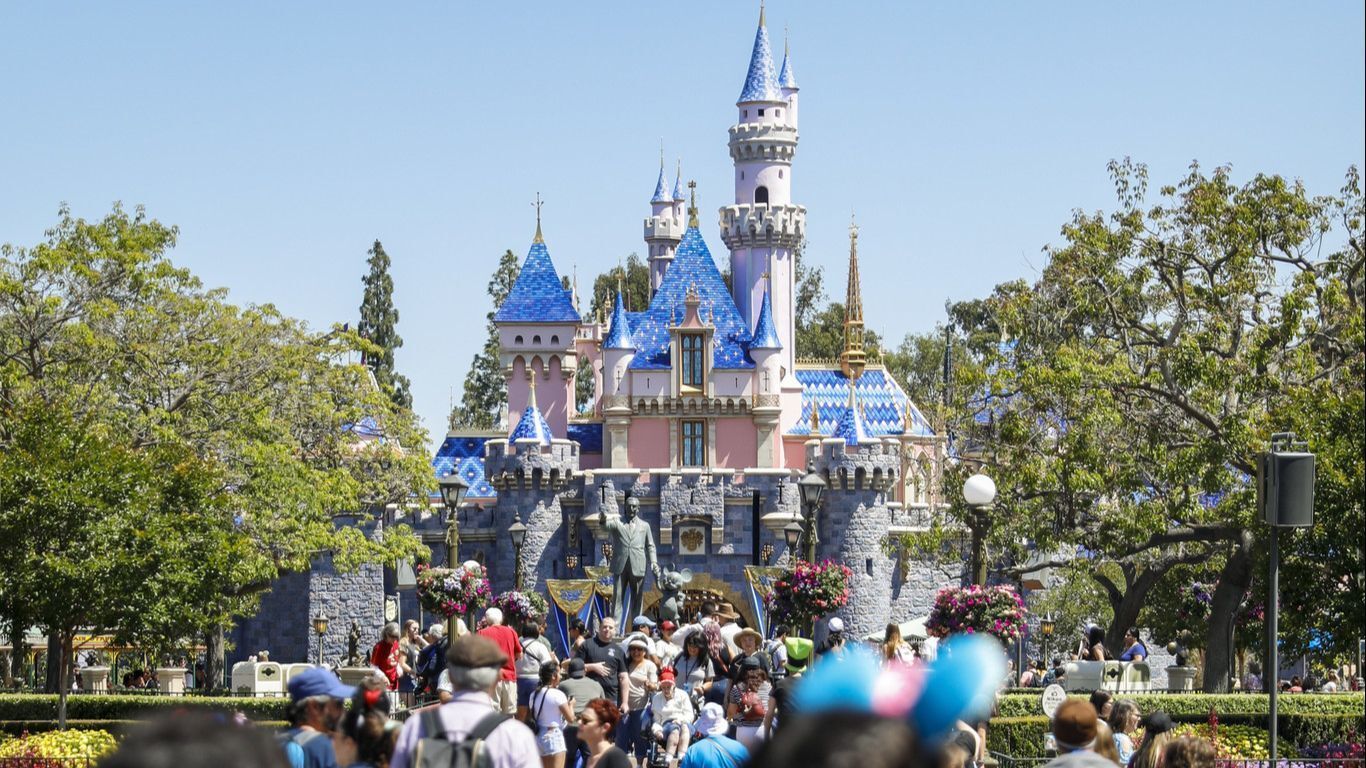 The Disneyland Resort, closed since mid-March to help stem the spread of the coronavirus, is preparing to reopen just in time to celebrate the park’s 65th anniversary. The so-called happiest place on Earth is looking to begin a phased reopening in July.

The Downtown Disney shopping district is slated to reopen July 9, with Disney’s Grand Californian Hotel & Spa and Disney’s Paradise Pier Hotel planning to open July 23. The Disneyland Hotel will open at a later date, according to a company spokesperson.

The announcement, while not unexpected — Universal Studios in Florida began welcoming guests last week — comes as many parts of the country, including California, are experiencing a rise in coronavirus cases. Those growing case numbers are an expected consequence as stay-at-home orders implemented to stem the spread of COVID-19 are lifted and more parts of the economy reopen.

Capacity at Disneyland will be limited when the park reopens, and guests will be asked to make reservations in advance, Walt Disney Co. said in a statement. As part of the effort to strictly manage attendance levels, Disney put what it is labeling a “temporary pause” on new ticket sales and on annual pass purchases and renewals. A hotel reservation will also not guarantee access to the parks.

The Disneyland announcement was vague in detailing what health and safety measures guests would be asked to undertake. When outlining the reopening of the parks at Florida’s Walt Disney World, which is set to begin July 11, the company specified that guests are to undergo temperature checks and wear face masks.

It is expected that Disneyland will have similar requirements. When asked, however, a spokesperson referred to an official statement that read: “These policies are under continuous review and are subject to change as the Disneyland Resort monitors conditions and receives guidance from health and government authorities.”

Disney said details on its reservation system would be forthcoming. Disneyland may draw on its recent experience with such systems. Last year, the park required guests to reserve slots in advance to visit the newly opened land Star Wars: Galaxy’s Edge in the land’s opening weeks. Similarly, the company’s Shanghai Disneyland, which reopened in May, is on a reservation-only system.

As California reopens, the state is seeing a rise in coronavirus cases. On Tuesday it reported more than 3,000 new cases for the second day in a row, and it added more than 2,000 on Wednesday, bringing the cumulative total to more than 139,000.

The state, however, has made no indication that it intends to slow reopening plans. Gov. Gavin Newsom said Tuesday: “As we phase in, in a responsible way, a reopening of the economy, we’ve made it abundantly clear that we anticipate an increase in the total number of positive cases.”

A full, unplanned, non-weather-related closure of Disneyland is such an abnormality that it’s happened just three times in the park’s 65-year history.

The Safest Way To Take A Road Trip While Social Distancing

The Four PercentThe Four Percent Whether it’s advisable or not, many people going stir crazy from weeks of social distancing are looking to take a drive or even a road trip. Though the Centers for […]

What is cottagecore? 5 bucolic trips safe for coronavirus