Lady Eliza and Lady Amelia Spencer were just 5 years old when their aunt, Princess Diana, died, but the 28-year-old twins still have fond memories of the late Princess of Wales.

The twins, whose father is Diana’s brother, Charles Spencer, spoke about their relationship with Diana for a Tatler magazine cover story, published this week.

“We always just knew her as our aunt,” Lady Eliza said in the magazine’s March 2021 issue, calling Diana “incredibly warm, maternal and loving,” with a “talent for reading children’s hearts.”

“Growing up in South Africa, I really had very little idea of how significant she was in the world until I was much older,” Eliza added.

Eliza also recalled an incident with her aunt that occurred when the family went to a beach in South Africa and a photographer approached them.

“Obviously it could have been quite terrifying for us, being so young and not understanding what was happening,” Eliza recalled. “But she turned it into a game of who could get back to the car first. It was amazing how she protected us in a way that made us feel safe and not frightened. We had no idea what she was doing at the time.”

Princess Diana died on August 31, 1997, after a car she was traveling in crashed after being pursued by paparazzi in Paris. Her partner at the time, Dodi al-Fayed, also died in the wreck, as did Henri Paul, the driver of the car. Bodyguard Trevor Rees was the only survivor.

At the time of Diana’s death, Prince William was 15 and Prince Harry was only 12. Harry recently spoke about how camera flashes still trigger memories of his mother’s death.

“So in that respect, it’s the worst reminder of her life as opposed to the best,” the Duke of Sussex added.

“Everything I do reminds me of her,” he said. “But as I said ― with the role ― with the job and the sort of the pressures that come with that, I get reminded of the bad stuff, unfortunately.” 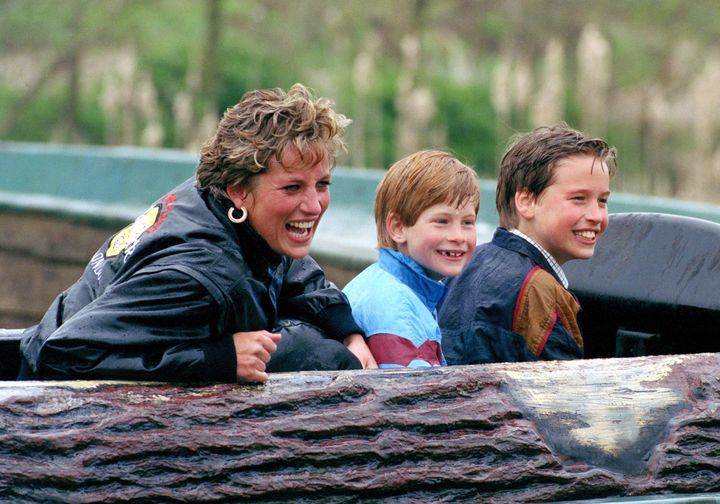 The Four PercentThe Four Percent The “Late Show” host drinks on the job, then describes the House speaker’s reaction to the president’s State of the Union address. Source link Entertainment