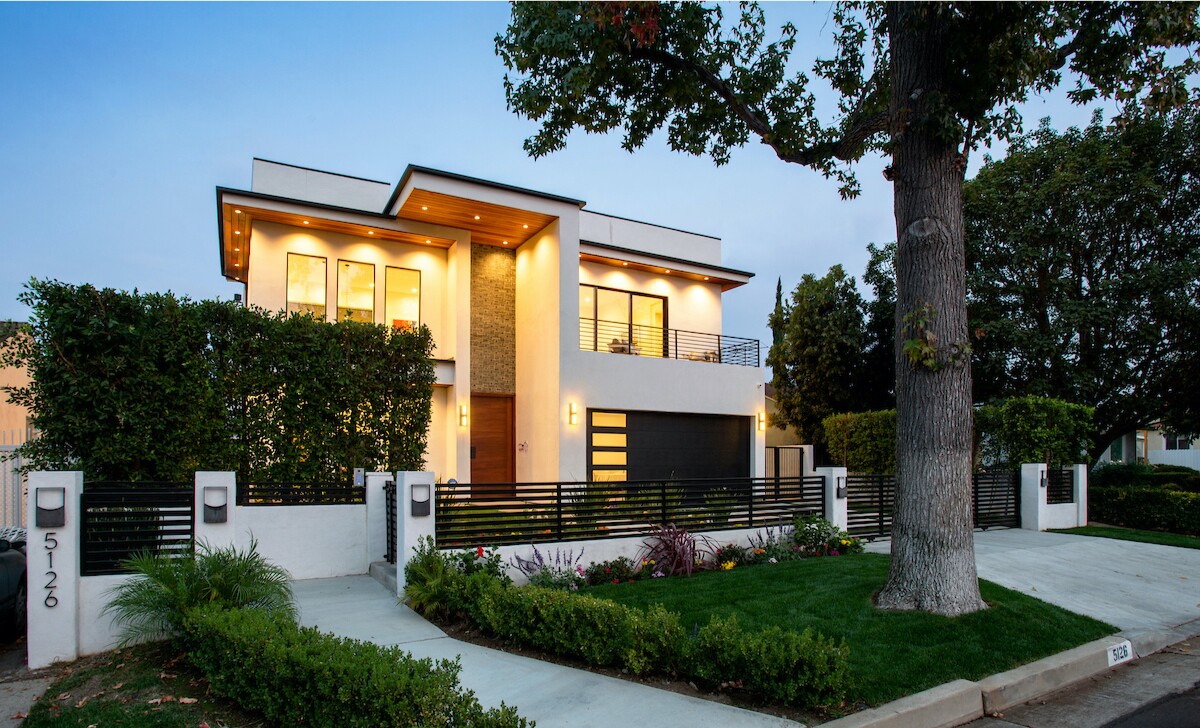 Former NBA sixth man of the year Ben Gordon is selling his home court in Encino, listing the modern two-story for $2.9 million.

The basketball veteran stands to make a nice little profit if he gets his price; records show he dropped $2.6 million on the property when it was newly built in 2017.

Tucked behind gates, the contemporary digs draw the eye with a black-and-white exterior touched up by stone and wood. Inside, a foyer with a floating staircase leads to an open floor plan lined with wide-plank French oak floors.

A black backsplash anchors the living room, and the adjacent kitchen adds a wall of gray tile and a marble island. Pocketing walls of glass open outside, where the backyard holds a chic covered patio, fountain-fed swimming pool, spa and bar tucked into the corner of the lot.

Six bedrooms and 6.5 bathrooms complete the nearly 5,000-square-foot floor plan. The owner’s suite boasts a private terrace overlooking the backyard — one of three outdoor spaces perched on the second story.

A native of England, Gordon spent three years at the University of Connecticut before joining the NBA, leading the Huskies to a NCAA Championship in 2004. After being drafted third overall by Chicago, he spent 11 years in the league, including stints with the Bulls, Pistons, Bobcats and Magic.

The Four PercentThe Four Percent Eleven states and the District of Columbia warned Walmart on Tuesday that they believe the company is failing to protect workers and customers during the coronavirus pandemic. In a letter […]

Amazon CEO Jeff Bezos To Step Down From CEO Role

Apple Becomes 1st US Company To Be Valued At $2 Trillion