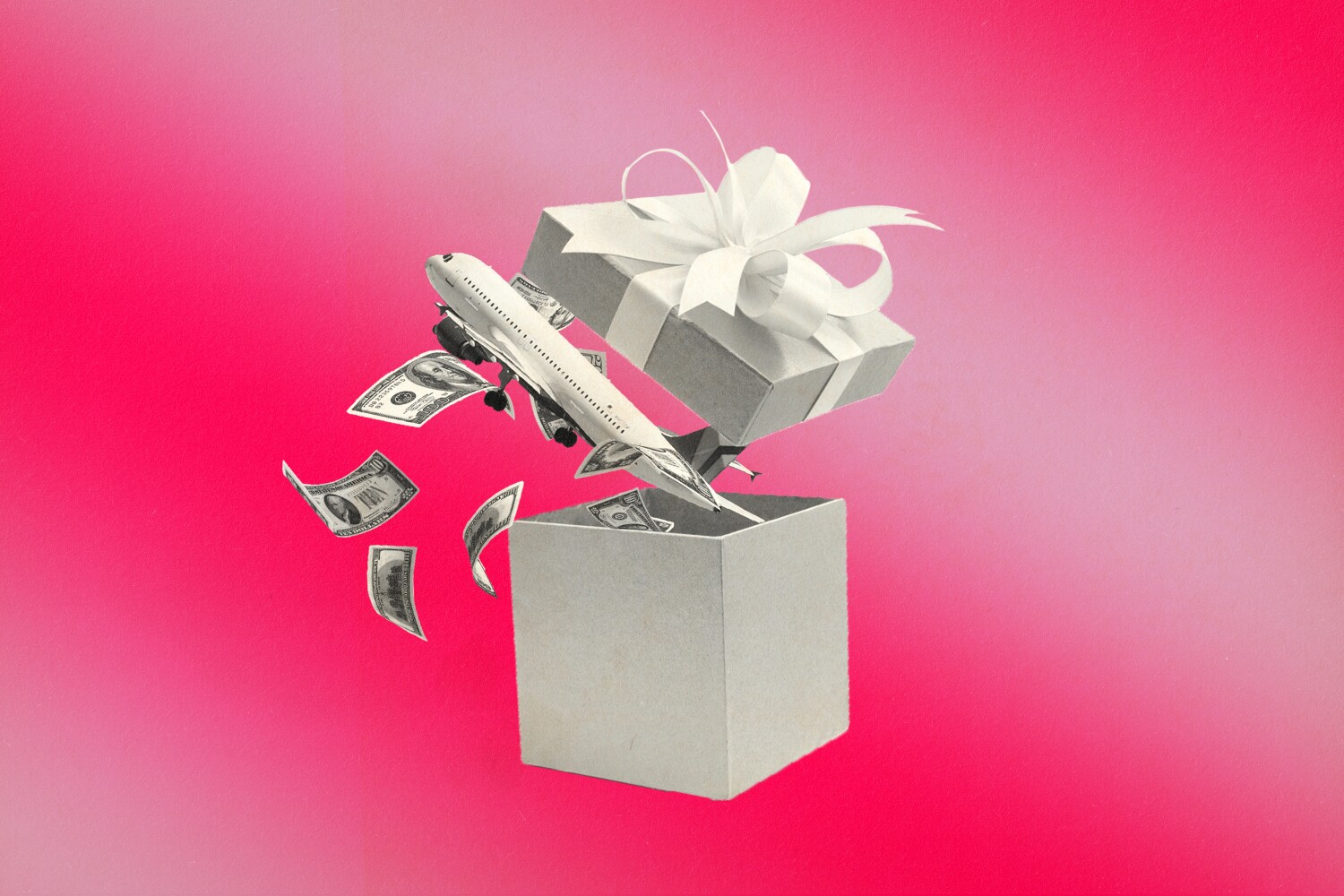 This may be a once-in-a-lifetime moment: We’re edging toward the holidays, you haven’t made airline reservations and there is no need to panic.

This may mark the first time I have used italics to emphasize type (except words in another language). But in a year of many surprises, many of them ugly, not sweating bullets about your holiday fare is an unexpected plus.

The reasons your underarms are dry at this late date are myriad.

Apparently a big part of the American public isn’t excited about holiday travel either. Two-thirds of people who were going to travel in the next six months are changing their plans because of coronavirus, according to a study by Longwoods International, a market research consultancy. Those stats, released Oct. 13 and based on information gathered the previous week, reflect “traveler sentiment” that covers our favorite holiday periods.

Even more surprising, 39% of respondents said they had “canceled their trip completely.” Apparently, there is no place like home for the holidays — and by “home,” we mean the one you’ve been stuck in for eternity or the last seven months, depending on your point of view. A fifth of respondents cited economic worries; another fifth said costs were part of their decision.

The biggest culprit was coronavirus, which 48% said would “greatly impact” their decision to travel.

For the 10% of you who said coronavirus would have no impact, available airfares are the feast before the feast.

“Typically by this point I wouldn’t have been surprised to see fares jump up to $1,000 and certainly over $500 round trip, depending on destination, for domestic flights on peak days,” said Zach Honig, editor at large for the Points Guy, a leading site for travel advice, especially airfares.

But he’s not seeing that, he said in a recent interview. He suggested monitoring Google Flights and, if you can, being as flexible as possible.

Again, blame or thank the pandemic, which has people waffling and waiting. “Overall, uncertainty around COVID-19 is continuing to fuel last-minute travel searches, and flight prices are based on supply and demand,” said Steve Hafner, chief executive of Kayak, a travel aggregator that searches numerous sites for airfares and hotels, among other travel products.

“With regards to pricing, domestic flight prices are down nearly 16% year over year for the holidays,” he said in an email. “Given demand is in flux, it’s hard to predict, but we can tell you that we suspect there will be deals out there right up to the holidays.”

Using the experts’ hints, on Monday I could have snagged a $297 round-trip fare from L.A. to New York’s JFK on Delta, leaving Nov. 24, the Tuesday before Thanksgiving, and returning Nov. 30, the Monday after. It’s a basic economy fare, so you can’t choose your seat and you will board last, but changes are allowed to that ticket and you get a free carry-on. This fare may be gone by the time you read this but, given demand — or lack thereof — you may find others.

If you don’t have a destination in mind, look for places that have suffered as a result of the pandemic, Hafner said.

That could include Hawaii, which has recently reopened for tourism, its lifeblood. If you can prove you don’t have COVID, you can fly to Honolulu. I found a holiday fare for $379, with a ticket to Oahu on Hawaiian and back on American, for Dec. 23-29. Again, that fare may no longer show up.

A fare that low is infrequent any time of year and, around the holidays, a popular time to visit Hawaii, almost unheard of. Best to lock in now, Honig said, even if it’s for later in the winter or in the spring.

As you do, look for airlines that are flexible in allowing you to change dates. Kayak has a list of airlines offering flexible options “so you can easily see which travel partners are offering free cancellations (in the form of travel credits) and those waiving their change or cancellation fees altogether, so travelers have all the information they need to make smart decisions about current and/or upcoming travel plans in one place,” Hafner said

If you think you’d be a dummy for flying at the holidays, a Department of Defense study showed that if you wear a mask, you “would have to be sitting next to an infectious passenger for at least 54 hours to receive a dangerous dose of the virus through the air,” the Washington Post reported. It noted the test used a “mannequin expelling simulated virus particles to determine how the virus spreads as an aerosol inside an aircraft cabin.” The test had “limitations,” the DoD said, but was “encouraging.”

The good news is that you still have some time before you must make a final decision. Fares probably aren’t going to increase much unless there’s a huge surge in demand. Based on what has happened this fall — demand has lagged the number of available seats, OAG, which provides aviation analytics, said in a recent webinar — that seems unlikely.

Holiday travel seems like a definite maybe right now. In a year that has been all that, we shouldn’t be surprised. But we should continue to follow safety guidelines to protect you and yours for the happiest holidays.

Have a travel problem, question or dilemma? Write to catharine@catharinehamm.com. We regret we cannot answer every inquiry.

Amid COVID-19, we visited Morro Bay with Airbnb precautions

The Four PercentThe Four Percent In April my husband and I were set to take our grandsons, ages 6 and 9, on a getaway to the San Diego Zoo Safari Park and a nearby resort. […]

Which Airlines Are Blocking Middle Seats During Holiday Travel?