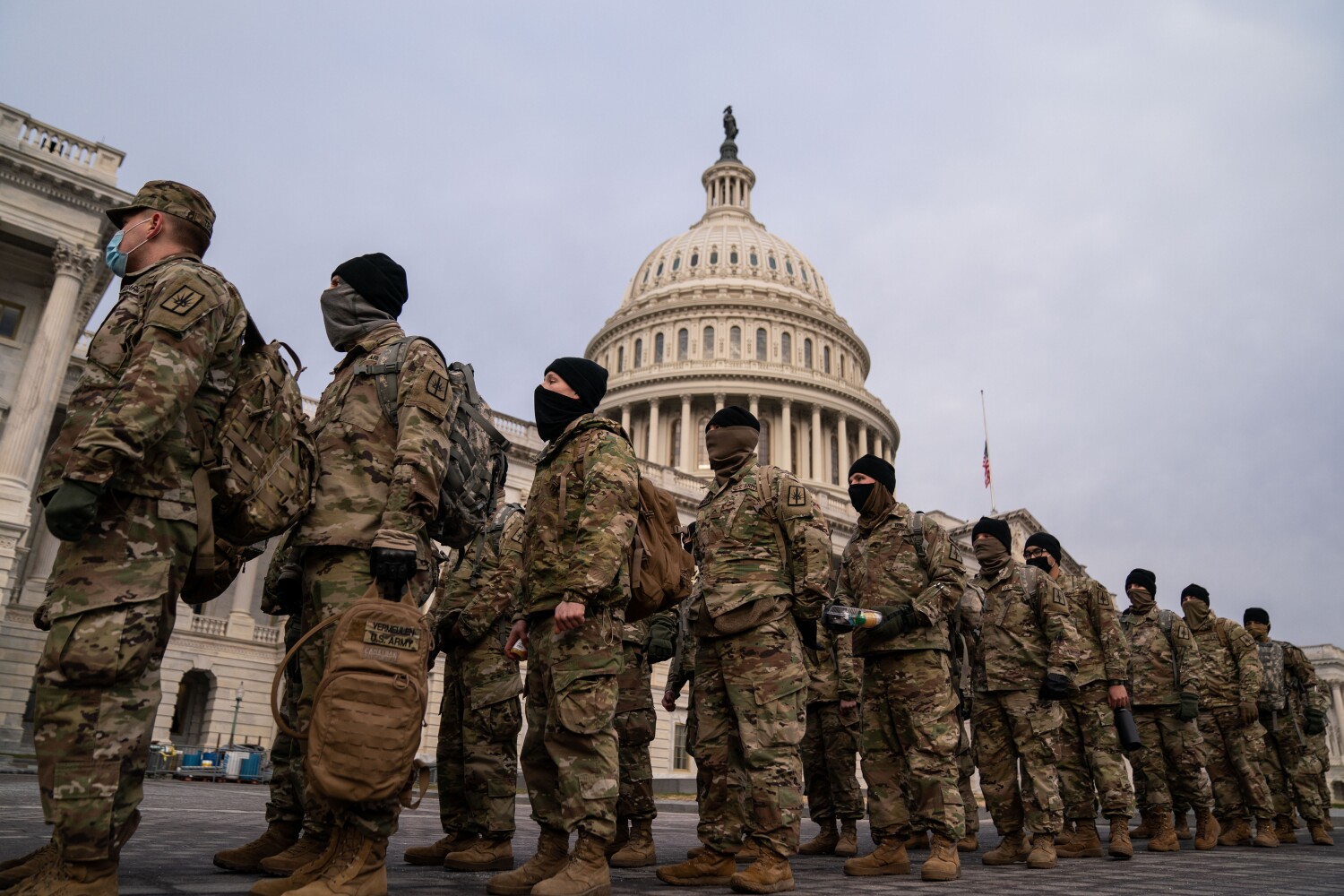 Thinking of going to the inauguration next week in Washington, D.C.? Please don’t. The Joint Congressional Committee on Inaugural Ceremonies, which has the task of planning the swearing in on Jan. 20, wants you to stay home and celebrate virtually.

“[The committee] is strongly encouraging all Americans to follow public health best practices and refrain from traveling to Washington, D.C. and instead join from home in new and innovative ways,” the website says.

Here’s what you need to know about the inauguration:

The theme is “America United,” which was selected before the pro-Trump insurrectionist mob breached the security of the the U.S. Capitol on Jan. 6.

The swearing-in takes place at noon Jan. 20 on the west lawn of the U.S. Capitol. Security will be very tight. About 20,000 National Guard troops are expected to be on hand to guard the building and the city.

Getting a room reservation may be tough. Among U.S. domestic travelers, Washington tourism statistics show that Los Angeles is the capital’s fourth-largest source of visitors to D.C., surpassed only by New York, Boston and Philadelphia.

As fears mounted over unrest or virus transmission at the inauguration, Airbnb said it is canceling all lodging reservations for that week in the Washington, D.C., metropolitan area.

In a statement Wednesday, Airbnb officials said they “will cancel reservations” not only for Airbnb properties but also for HotelTonight, a popular lodging search tool that Airbnb purchased in 2019. In addition, Airbnb officials promised refunds and said, “we will prevent any new reservations in the Washington, D.C., area from being booked during that time by blocking such reservations.”

In a spot check of Airbnb, the site rerouted a Washington booking-seeker (for Jan. 19-21) to properties farther away in Manassas and Montclair, Va., and Baltimore.

A spot check of HotelTonight.com found several D.C. hotels listed as “sold out” without mentioning a booking ban. But the booking site seemed ready to accept a reservation for the Home2 Suites by Hilton in Silver Spring, Md., about 12 miles from the Capitol.

As of Wednesday afternoon, the Trump International Hotel was still taking bookings for Jan. 19-21, with rooms starting at $2,500 nightly, no cancellations accepted.

The Willard Intercontinental Hotel, a high-end property that goes back more than 200 years (and whose lobby is said to have spawned the term lobbyist), also appeared to be taking bookings for Jan. 19-21, allowing a user to come within one step of booking a room for $688 per night (with a $200 early departure fee and $59 nightly for parking).

The Eaton DC, a hotel on K Street NW that opened in 2018 billing itself as “the world’s first politically motivated hotel,” has blacked out the dates from Jan. 15-21. That week could have been the hotel’s most profitable since the beginning of the pandemic, said Sheldon Scott, the hotel’s head of purpose, but “we have to appropriately measure the people, the planet and the profit…. It’s a matter of an abundance of caution and care, particularly for our front-line workers, who are the most vulnerable” to either virus or violence.

President-elect Biden has discouraged Americans from traveling to the capital in person for the event, and law-enforcement authorities have voiced concerns over possible rioting in D.C. and at state capitols that day. In normal times, the event typically draws hundreds of thousands of visitors, including thousands from California.

In its statement, Airbnb noted that Washington Mayor Muriel Bowser and the governors of Maryland and Virginia have stressed that would-be visitors should avoid the D.C. Metro area, in part because armed militias and hate groups are said to be “attempting to travel and disrupt the inauguration.”

The company said “we have identified numerous individuals who are either associated with known hate groups or otherwise involved in the criminal activity at the Capitol Building, and they have been banned from Airbnb’s platform.” Airbnb gave no specific numbers in its statement.

At Destination D.C., which usually promotes tourism to the capital, CEO and President Elliott L. Ferguson II said in a statement that “it’s for everyone’s benefit to stay home and celebrate inauguration virtually.”

When it comes to hotel bookings, a Visit DC spokeswoman said “everybody is waiting to see what the mayor is going to do.”

At a news conference Wednesday morning, Bowser noted that security worries prompted “a couple of hotels” to close Jan. 4-6, when electoral votes were tallied and the Capitol was overrun. In days ahead, there will be more access and safety concerns, Bowser said, and she expects “some hotels” to close.

However, she also said that “we will have a lot of people in town, just supporting the security apparatus, and so we are trying to understand and balance the need for housing.”

Bay Area not enforcing COVID-19 quarantine as New York does

The Four PercentThe Four Percent San Francisco and Santa Clara are California’s only two counties that have enacted orders requiring travelers to quarantine on arriving in their jurisdictions. But unlike in New York state, it […]