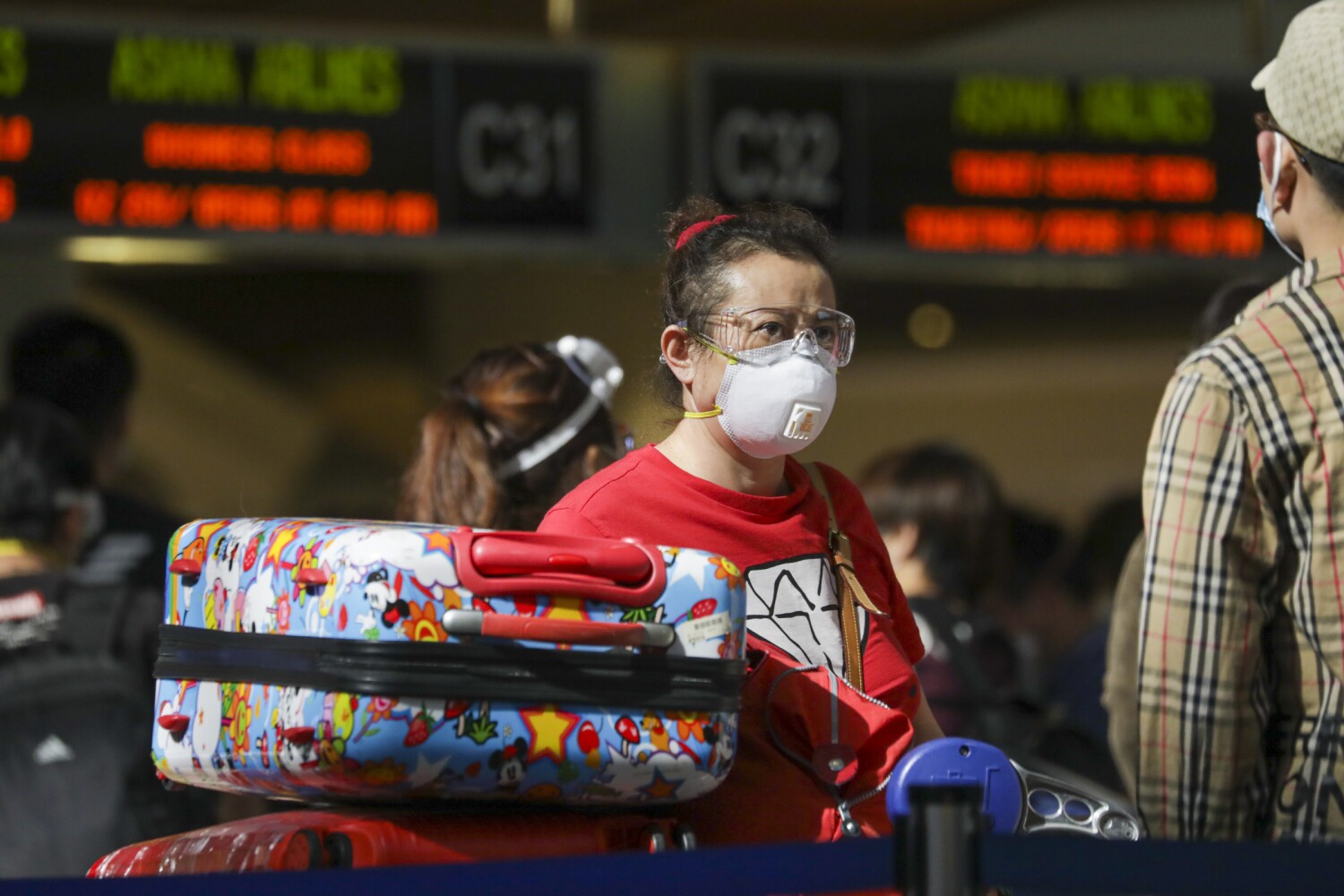 The more we strategize over how to travel safely in these COVID-19 days, the more we end up thinking about indoor air quality. Not just in planes, but also in airport terminals, with thousands of people passing through and jets emitting billows of exhaust just outside.

Which leads to this question: How clean and fresh is the air inside the Los Angeles International Airport’s terminals?

But Becca Doten, spokeswoman for Los Angeles World Airports, did answer several emailed questions about the air in LAX’s nine terminals, whose heating, air conditioning and circulation systems are regulated by the city of Los Angeles’ building code.

LAX’s indoor air, Doten said, “is filtered and treated as it enters the air handling units via a MERV 8 pre-filter, charcoal filters where appropriate to remove odors and a MERV13 final filter.”

MERV is a rating system of 1-20 that measures minimum efficiency reporting values. The larger the MERV number, the better a system is at filtering the smallest particles. The air filter company Second Nature notes that MERV ratings of 16 and higher are usually found in settings like hospitals and nuclear power plants.

Most of the airport’s air-handling units “have UV light protection and ionization to protect against pathogens such as virus and bacteria,” Doten said, and all newer air-handling units have those features. In its most recent annual budget, Doten said, the airport set aside $950,000 for inspection, cleaning and repair of heating, ventilation and air conditioning (HVAC) ducts.

One detail that may surprise some travelers: Air-quality operations can vary from terminal to terminal.

How many air changes per hour?

As public conversation has turned to air particles and filters, executives from Boeing and many airlines have been eager to point out that in newer planes, air cabin filtration systems operate at 20-30 air changes per hour. In other words, a cabin’s air is filtered and renewed every 2-3 minutes and the airflow goes from ceiling to floor, not front to back.

(As the Centers for Disease Control and Prevention noted on Sept. 17, “Most viruses and other germs do not spread easily on flights because of how air circulates and is filtered on airplanes. However, social distancing is difficult on crowded flights, and sitting within 6 feet of others, sometimes for hours, may increase your risk of getting COVID-19.”)

Meanwhile on the ground, many residences and office buildings are said to operate at rates of five to 10 air changes per hour.

What about LAX’s terminals?

Want to camp in style amid COVID-19? Try glamping

The Four PercentThe Four Percent Does cabin fever have you craving the outdoors, but you don’t want to rough it? We found seven fresh-air spots in California for “glamping,” a.k.a. glamorous camping. No flannel sleeping […]

10 Cute Weekender Bags With Wheels For Your Next Trip