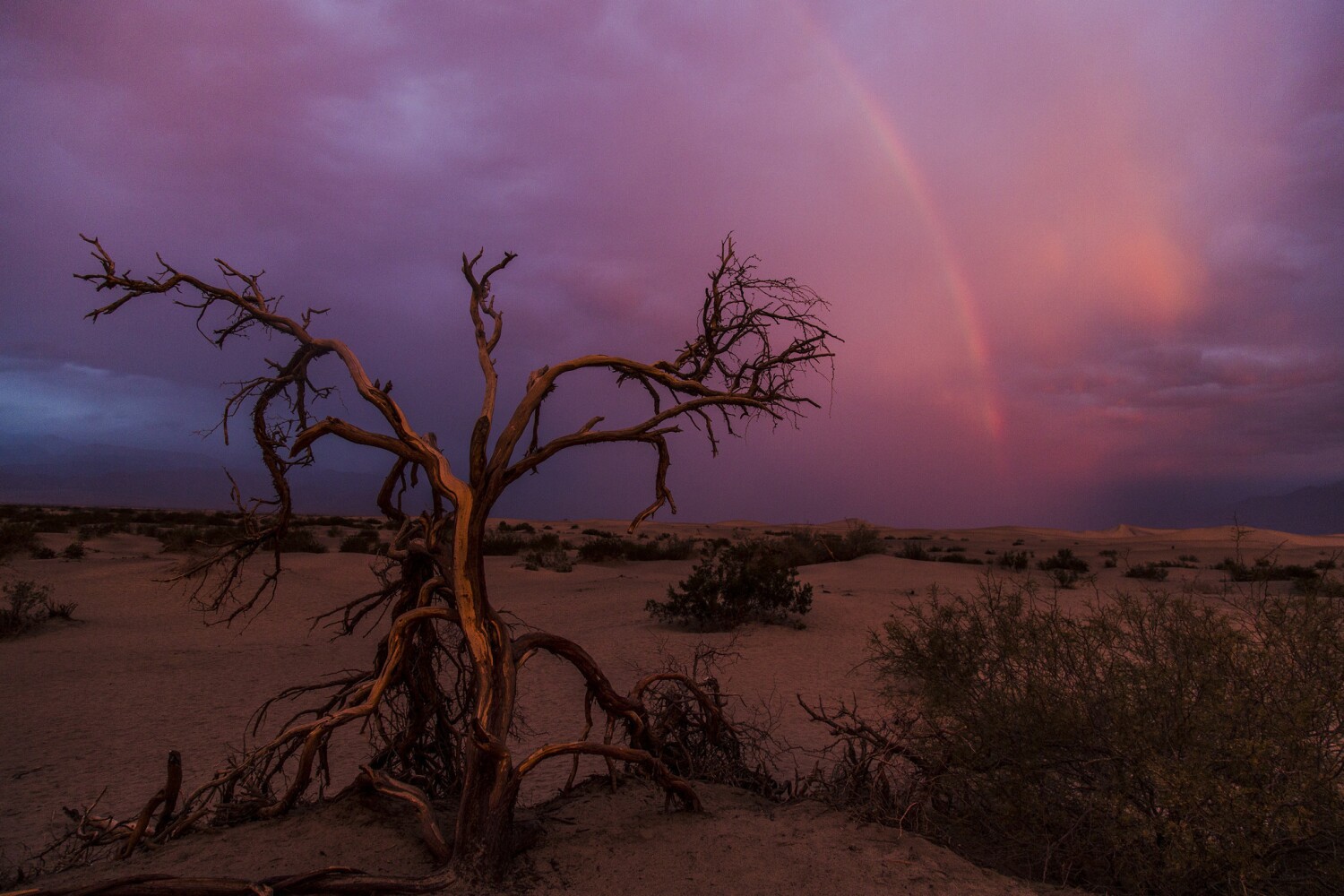 Here’s a park-by-park look. NPS officials say reopenings depend on progress in the fight to subdue the coronavirus, with decisions made in consultation with state and local leaders.

Death Valley National Park. The park has largely reopened — it was the last of the California national parks to do so — just in time for summer temperatures sometimes surpassing 110 degrees. On Friday, park officials announced the reopening of most park roads, trailheads, restrooms and overlooks, including the Badwater Road, Dante’s View, Artist Drive, Golden Canyon and Ubehebe Crater. Also open: Furnace Creek, Emigrant, Mesquite Flat, Saline, Eureka, Homestake, Wildrose, Thorndike and Mahogany campgrounds, along with the park’s rugged back-country roads, including roads to Saline Valley, the Racetrack and Titus Canyon. Rangers are again collecting entrance and camping fees.

The Oasis at Death Valley, a privately owned complex of hotel rooms, restaurants and shops that serves as the park’s principal commercial hub, opened June 18. The Furnace Creek Visitor Center and Stovepipe Wells Ranger Station remain closed, though the bookshop at Furnace Creek is at least partially reopening. Because of the heat, rangers urge visitors not to hike at lower elevations after 10 a.m.

Joshua Tree National Park. Open. Most campgrounds are open, but its visitor centers remain closed. The park gets perilously hot in the summer.

Other campgrounds in the parks remain closed for now, and all previous 2020 camping reservations in the two parks have been canceled as part of pandemic closures and restrictions.

Redwood National and State Parks. Partly open. Trailheads and parking lots have reopened, as well as restrooms, though guests are advised to bring soap and hand sanitizer. Visitor centers and campgrounds remain closed.

Pinnacles National Park. Partly open. The west entrance near Soledad is open from 8 a.m. to 8 p.m. The east entrance near Paicines is open but with limited parking. Visitors should arrive before 11 a.m. or after 3:30 p.m to get a spot. The campground on the east side remains open; visitor centers are still closed.

Santa Monica Mountains National Recreation Area. Mostly open. The area, which straddles Los Angeles and Ventura counties, has reopened most of its trails, parking lots, overlooks and restrooms. Its two visitor centers remain closed, as are some areas damaged by the Woolsey fire in 2018.

Yosemite National Park has reopened lodgings, one campground and many popular trails but will limit the number of visitors. Travelers who go for the day will need to pay entrance fees in advance and receive a vehicle pass on recreation.gov. The park also allows hikers with permits to summit Half Dome and enter the wilderness area, according to the park’s Facebook page. The cables that take visitors to the top of the landmark are in place. Also the Fish Camp area just outside the park’s southern entrance is open, along with the Tenaya Lodge, with more than 300 rooms.

The Four PercentThe Four Percent This will be a different sort of Thanksgiving weekend, with fewer families on the road, more people looking for options close to home and fewer options available because of the […]

Airlines ban hundreds of passengers for not wearing masks