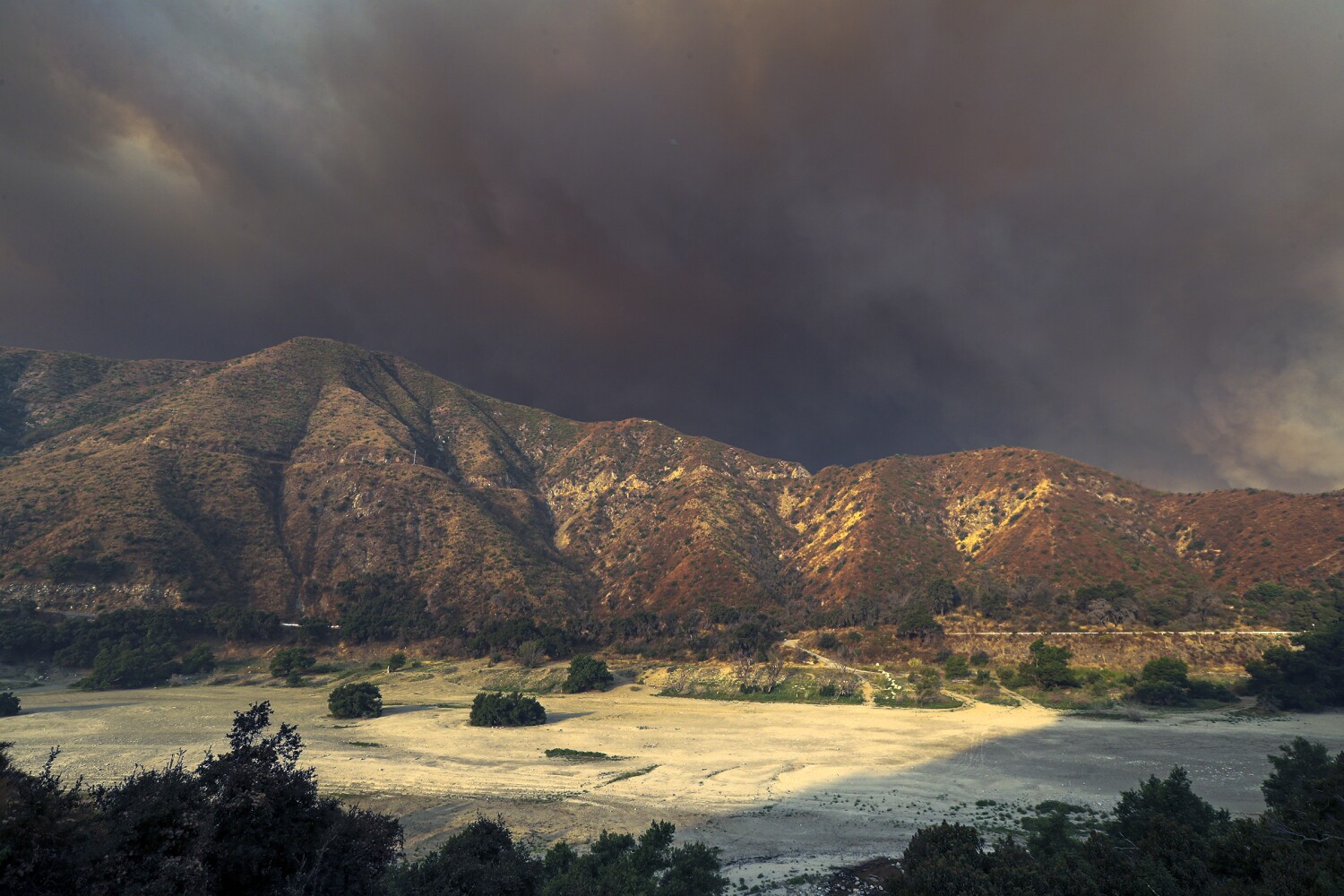 With public lands throughout California menaced by wildfires and dismal air quality, state and federal officials have closed dozens of state parks and plan to close all national forests, including many that recently emerged from coronavirus pandemic restrictions.

At 5 p.m. today, all 18 national forests will close access to more than 20 million acres across California because of “unprecedented and historic fire conditions.” Campgrounds, trails, picnic areas and roads will be shut to visitors until further notice, according to a U.S. Forest Service news release.

“These temporary closures are necessary to protect the public and our firefighters, and we will keep them in place until conditions improve and we are confident that national forest visitors can recreate safely,” regional forester Randy Moore said in the release.

The broader order comes after eight forests, including the nearby Angeles and San Bernardino forests, closed Monday. The Bobcat fire blazing through the Angeles forest near Azusa had grown to 11,456 acres with zero containment as of Wednesday afternoon.

National forests will be assessing risks at each site to decide when to lift the order. The Angeles Forest will be closed at least through Monday.

Travelers planning a getaway to any affected areas should check fire status as well as the status of any place they plan to visit — local, state and national parks and forests — before they leave home. The massive Creek fire in the Sierra National Forest, which has grown to more than 163,000 acres, has prompted warnings and evacuations across a wide part of central California, including popular spots such as Shaver Lake and Huntington Lake.

Hikers with permits heading to Mt. Whitney, the John Muir Trail and the Pacific Crest Trail (where it runs on national forest land) also had to curtail their plans.

The southern portion of the park is now under a fire advisory — a possible prelude to evacuation — and spokespersons are warning of poor air quality and visibility.

Still, said park spokesman Scott Gediman on Wednesday afternoon, “All park entrances and facilities remain open. Our best advice is for people to monitor air quality and decide how they want to proceed.”

Writer and environmentalist Bill McKibben, tweeting a sepia-toned view of Yosemite’s Half Dome on Tuesday, wrote, “California faces the greatest siege of fire in recorded history.”

Otherwise, the state park closure list is dominated by Monterey County, where eight parks are closed, and Northern California. As of midday Wednesday, the California State Parks list of fully closed units included these:

In Marin County, Tomales Bay State Park had been closed under threat by the Woodward fire but reopened Wednesday for day use.

Also, Point Reyes National Seashore is closed because of the Woodward fire.

The Four PercentThe Four Percent As local and state authorities scramble to limit indoor risks amid rising coronavirus infections, Southern Californians have been looking to parks, beaches and trails for exercise and relief. But this […]

Airlines ban hundreds of passengers for not wearing masks

What L.A. pools are open amid the COVID-19 pandemic?