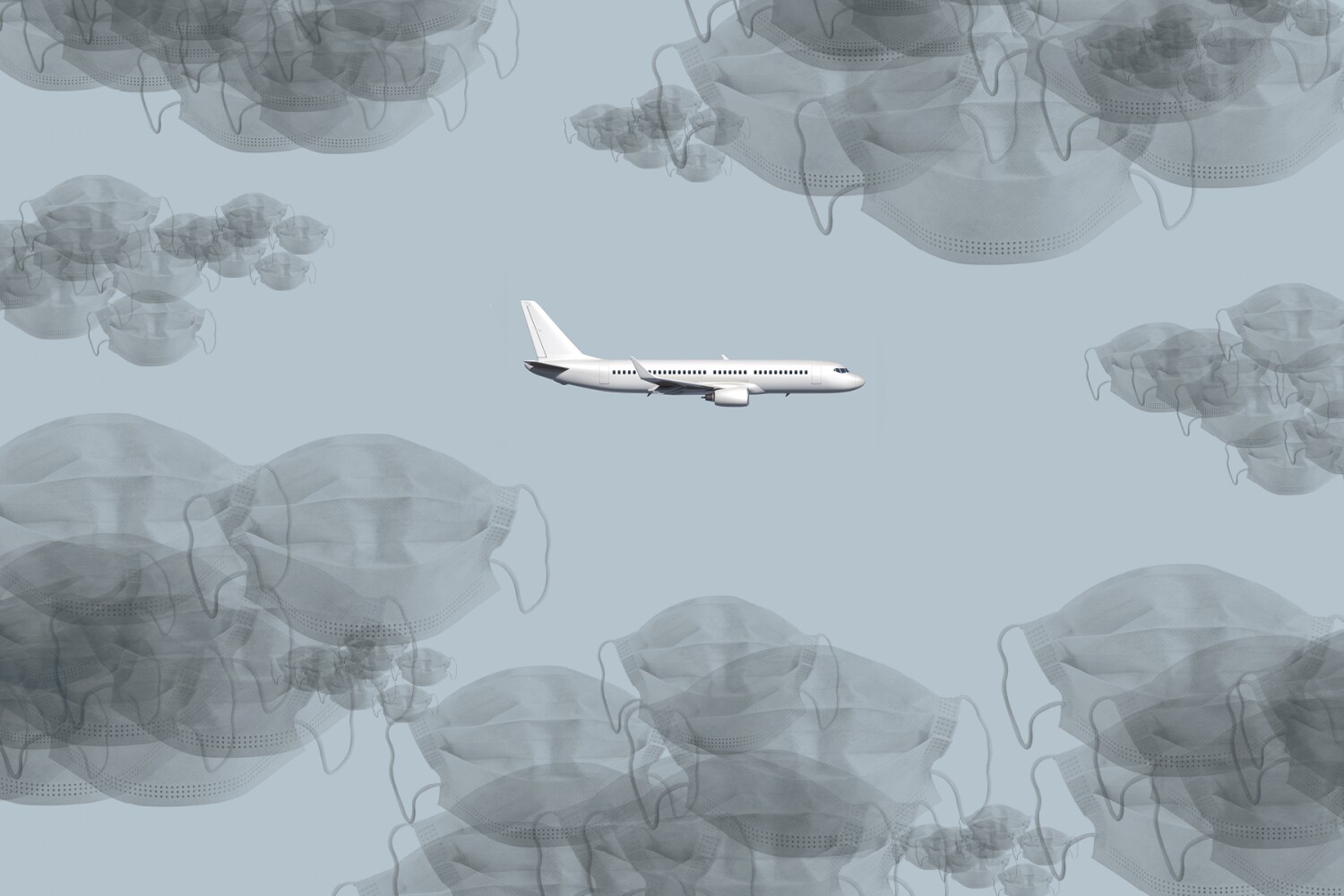 To reduce the spread of COVID-19, all U.S. airlines now require passengers and crew to wear face coverings aboard the aircraft (children younger than 2 and passengers with certain medical issues are exempt). Although the Federal Aviation Administration establishes regulations governing the safe operation of U.S. aircraft, individual airlines are free to establish certain policies at their discretion. This is why some airlines initiated mask mandates weeks before others.

That said, some passengers seem to believe the mandates don’t apply to them.

On June 21 at Los Angeles International Airport, a man was removed from a Frontier Airlines flight scheduled to depart for Denver. Because he ignored crew instructions, refused to wear a face mask and failed to leave on his own, he was escorted from the plane by police.

On July 3, a man was removed from a Spirit flight at New York’s LaGuardia Airport after taking off his mask and refusing to put it back on. Police were summoned to the gate as the man protested his expulsion.

Cellphone video from a July 19 American Airlines flight showed an unmasked woman gathering her belongings and exiting a crowded plane before departure. As reported by the Daily Mail, the woman claimed to have a medical condition after being chided by a passenger for not wearing a mask. The tactic did not work. The video, posted on TikTok, showed passengers cheering as the woman was expelled from the Ohio-North Carolina flight.

A July 23 Delta flight from Detroit to Atlanta was forced to return to the gate when two passengers refused to put on masks. The duo were removed from the plane, and their names were added to Delta’s no-fly list. As of that date, Delta had more than 150 passengers on its list — all for failing to wear a mask.

Banished passengers often argue that refusing to wear a face covering is not against the law. Although this may be true in much of the U.S., a growing number of California cities — among them Beverly Hills, Santa Monica, Calabasas, Compton, West Hollywood and Glendale — have passed ordinances assessing fines of as much as $1,000 for people who fail to wear masks in public.

When you take to the skies, however, it’s airline policy, not municipal statute, that often comes into play.

I’ve worked as a flight attendant for 35 years for one of the world’s largest carriers, so I’m familiar with company policy. On numerous occasions I’ve had to cite chapter and verse when passengers refuse to obey the rules.

In our flight attendant manual — the airline bible of policy and procedures governing every aspect of a flight from the proper installation of child restraint systems to managing an emergency evacuation — there’s a section called “Conditions for Non-Acceptance of a Customer.” Simply put, this section states reasons the airline can legally remove passengers from an airplane.

• Appearing intoxicated or under the influence of drugs

• Carrying a weapon, including self-protection devices

• Not wearing shoes, or clothed in a manner that would cause discomfort or be offensive to others

• Emitting an offensive body odor (unrelated to any form of disability)

• Being infected with a communicable disease, as determined by federal health authorities

I’ve worked flights from which passengers were removed for horrific body odor. I was involved in an incident in which pugnacious passengers were kicked off after a fistfight. I’ve seen passengers ousted for being drunk, unruly, high on drugs, low on morality and for wearing “offensive” clothing.

During one bizarre departure, my airline was forced to remove a passenger who refused to speak.

Before takeoff, one of the flight attendants asked the man to stow his tray table. He failed to answer, choosing instead to stare blankly ahead. When asked again and again if he was OK, the passenger failed to reply, failed to stow his tray table or to acknowledge me or any of the flight attendants who took turns trying to elicit a response. We became concerned about his fitness to fly; refusing to respond to crew instructions can result in a passenger being removed from the airplane.

After being notified of the strange behavior, the captain announced our return to the gate. As police escorted the previously silent man from the plane, I heard him say, “What’s the big deal?”

If one passenger can be removed from a flight for refusing to speak, others can be booted for refusing to wear a face covering that may prevent the spread of the most deadly virus since the Spanish flu of 1918-20.

If noncompliant passengers believe the highly transmittable coronavirus is a hoax or that refusal to wear a mask makes some political statement or that their rights are being assailed, they are entitled to their opinions. But not at 30,000 feet. Not in a confined space for hours at a time with hundreds of worried strangers. Not when social distancing is impossible to achieve.

Wear a mask and get over yourself. If the Earth revolved around you and your sentiments, it would spin off its axis. And there would be no place for us to fly.

8 photos from Santa Cruz during the coronavirus pandemic

The Four PercentThe Four Percent Santa Cruz County, home of the the idyllic seaside town of Santa Cruz, has reported 141 coronavirus cases and two deaths. Neighboring Santa Clara County to the east has been […]

Should You Travel To A Reopened State?